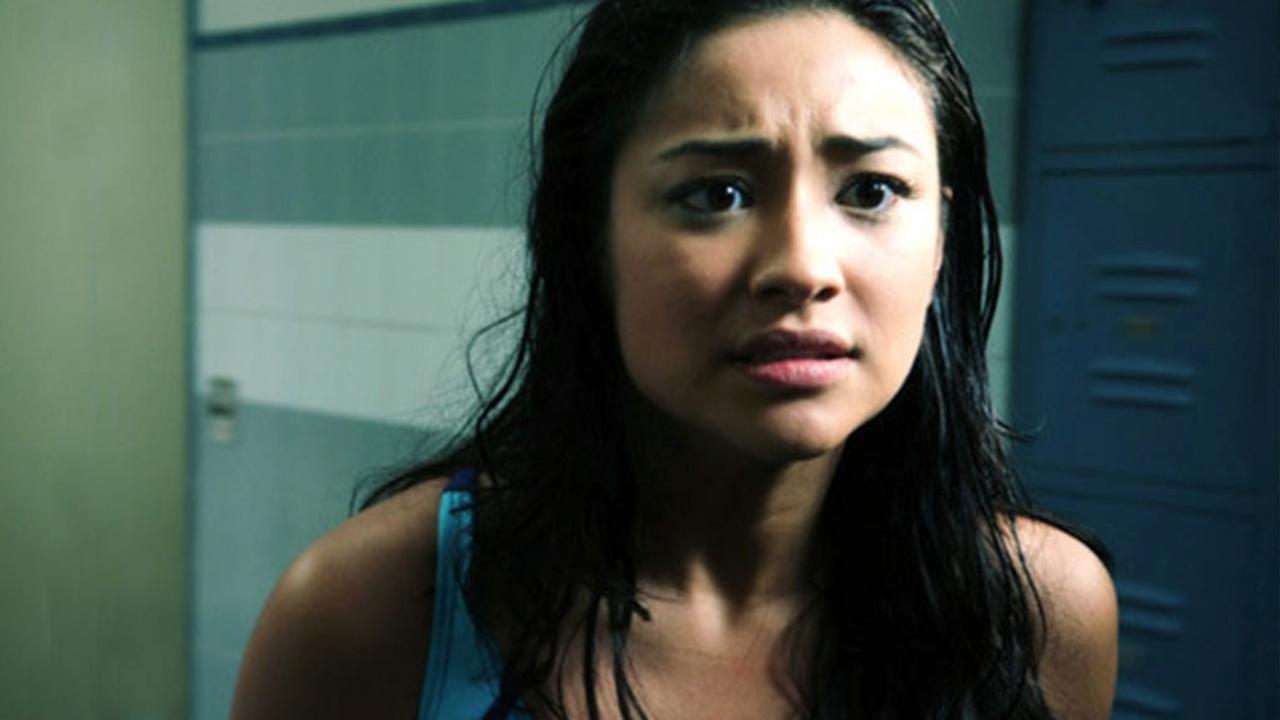 I work a lot with athletes on fear. Unfortunately, most believe fear is a weakness. It’s not. Our bodies are designed to feel fear. The problem is that we humans commonly lack the mental tools necessary to deal with fear, thereby allowing fear to run our lives.

I had three experiences lately that made me reflect upon fear in a more personal way: two were in the ocean; the last was on a flying trapeze (yes, that’s me in the photo at right).

I was in Hawaii over the holiday. While i was there, my boyfriend and I decided to go snorkeling...Terrible idea.

We had just traversed the rocky shore and immersed ourselves in the water when the tide shifted. We were caught in a washing machine of currents. The waves threw us around and I heard the tsunami siren sound from the seemingly distant shore.

One second we were thrust against lava rock; the next we were dragged out to sea and juggled upon the tide, swallowing water and gasping. We couldn’t swim in and couldn’t get a good hold on any rocks. It was terrifying.

Fear isn’t an excuse to come to a standstill. It’s the impetus to step up and strike.”

We eventually did grab a rock. Clutching against it, we waited. When the storm eased, bloody and bruised we managed to swim to the next closest rock and, in that manner, inched our way to shore.

The experience was scary and afterward I saw fear differently. I thought back to when the tide shifted, when I’d felt small and powerless compared to the vast ocean’s might, how the tsunami siren went off and I wanted to panic. I recalled thinking, “This is the end. We’re caught in a tsunami. We’re screwed.”

I could have so easily panicked. But I didn’t.

I knew those rushing thoughts were completely unproductive. Luckily, I was able to pull myself out of them and bring myself back into my Zone. It became a sport of the most brutal kind. I took control of my mind and ran through my options: which rock to swim toward, what angle of attack to make, when to cling to the rock and when to let go. My boyfriend did the same. Together, we made it to shore alive, albeit with a little less skin on our knees and a lot more respect for the sea.

A few days later we were in the water (again), safely afloat on boogie boards, when we heard someone yelling, “Help! Help!” We turned and saw, only 100 feet away, two snorkelers waving their hands and screaming.

My boyfriend and I swam toward them as they struggled against the current. By the time we arrived, the older man was white as a ghost, trembling and madly gasping for air. He was completely panicked. We gave him a board to lean on and reassured him that he wasn’t, in fact, going to die. Our calm calmed him and he quickly relaxed, coughed up some water, and started breathing normally.

Once on shore, the younger man approached us, still in shock and not entirely sure of what had just happened. He said thanks and told us that, as soon as he saw us, he knew it was going to be alright. That’s all he needed: to find his focus. Before that, fear had overtaken him and he wasn’t being rational.

(I didn’t understand the panic-drowning correlation until I saw it for myself. Prior to that, it was all cool, rational speculation. But, sitting on a shoreline—or any comfortable spot on safe, dry land—it’s easy to think clearly. Even more, I hadn’t considered how steady breathing played a role, because escaping that deadly hamster wheel was the true challenge: panicking leads to uneven breathing, which leads to swallowing water, which leads to more panicking, which leads to…)

Self-distrust is the cause of most of our failure. In the assurance of strength there is strength and they are the weakest, however strong, who have no faith in themselves or their powers.”

When I returned to Seattle I took a trapeze class with a friend. Talk about an opportunity to panic! Strapped into a harness, I dropped myself from a swinging trapeze, did a backflip in the air, and caught the hands of a man swinging on the opposite bar whom I was supposed to trust to grab (and keep hold!) of me.

I’m no gymnast—these sorts of mid-air extravaganzas aren’t second nature to me. In fact, every fiber of my being screamed, ‘What are you DOING?’ Jumping off high platforms, swinging upside-down by the legs 30 feet in the air… these are things that are contrary to most of our instincts!

Though I was experiencing a rational fear, I was applying it in an irrational way. The facts were that I was safe: I was harnessed tightly in; there was someone on the ground holding a rope to keep me from falling. There was really no time that I’d been in danger.

Still, my fear was uncontrolled. Irrational fear makes your breath short, cramps up muscles or makes them shake; it affects reaction time and prevents your body moving easily (one can’t backflip well by way of hesitation). Ironically, giving in to hesitation is the one thing that makes the trapeze truly dangerous, similar to panicking in the ocean and breathing in water.

Fear is a tool.

Fear isn’t good, it isn’t bad: it’s simply a tool that’s only as useful as how it’s applied. Fear has its helpful moments—it can certainly keep us safe—but it’s not something we should try to avoid. In truth: WE CAN’T! Fear is our body’s response to something new, not necessarily something dangerous. Only by facing our fears, by distinguishing between rational and irrational fears and then working through them, can we grow beyond our comfort zones.

I challenge you to identify a fear you might have and FACE IT. But, before that, I suggest learning how to control your breathing so that, when you’re in a scary situation, you’ll keep your head and stay in your Zone.

Looking to gain a competitive mental edge and win more? Sign up for our newsletter and receive training and tips on how to develop your team's mental game.

Have you used fear to your competitive advantage? How? Share your story in the comments below!